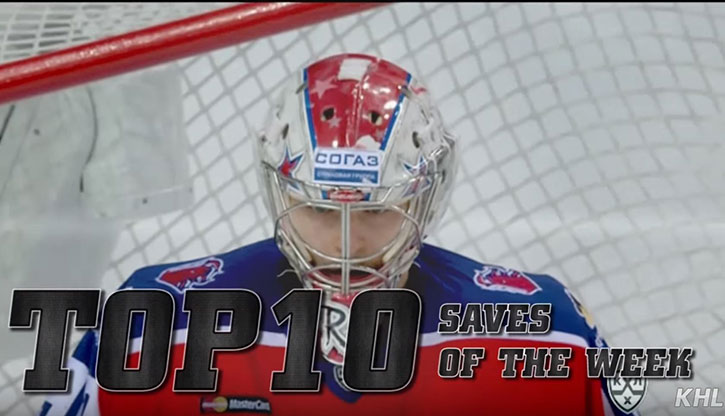 Two more weeks of KHL action have passed us by, and with that we get two more highlight videos of top saves from the KHL.

In week seven, Ilya Proskuryakov led the way with an incredible save in the top spot. Check out the highlights below.

Former NHLer Ben Scrivens popped in at #9 during week eight of KHL play. There was also a nice stop from defenseman Blake Parlett, which came in at #6, when he prevented a loose puck from sliding across the goal line. The #1 save, courtesy of Barry Brust, appeared a bit overrated to me. You be the judge though, let me know what you think in the comments.