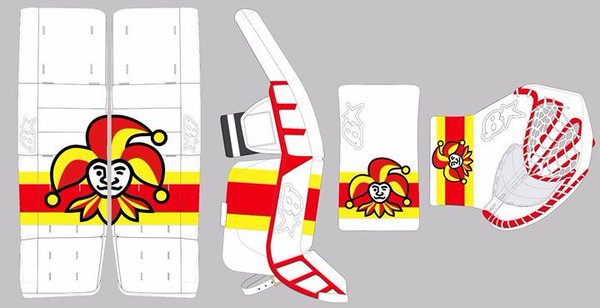 Ryan Zapolski, goaltender for Jokerit Helsinki, just might have the most incredible set up in all of the KHL.

Zapolski, a 29-year-old from Erie, Pennslyvania, has been playing overseas for a number of years now. After playing for Mercyhurst College in the AHA, the undrafted goaltender failed to catch on in the ECHL. In 2013, he made his debut in Finland’s SM-liiga for Lukko Rauma, and finally made the jump to the KHL this season.

As a newcomer in the league, you might think that Zapolski would want to remain quiet and let his play do the talking. Instead, he came in with a bold attitude and an amazing setup courtesy of Brian’s Custom Sports.

The incredible setup features the Jokerit logo front on center on the goal pads. Like some setups we’ve seen before, half of the logo is on one pad, and the other half is matched up on the other pad. The white pads really allow the logo to jump out. Both the blocker and catch glove also feature the Jokerit logo. 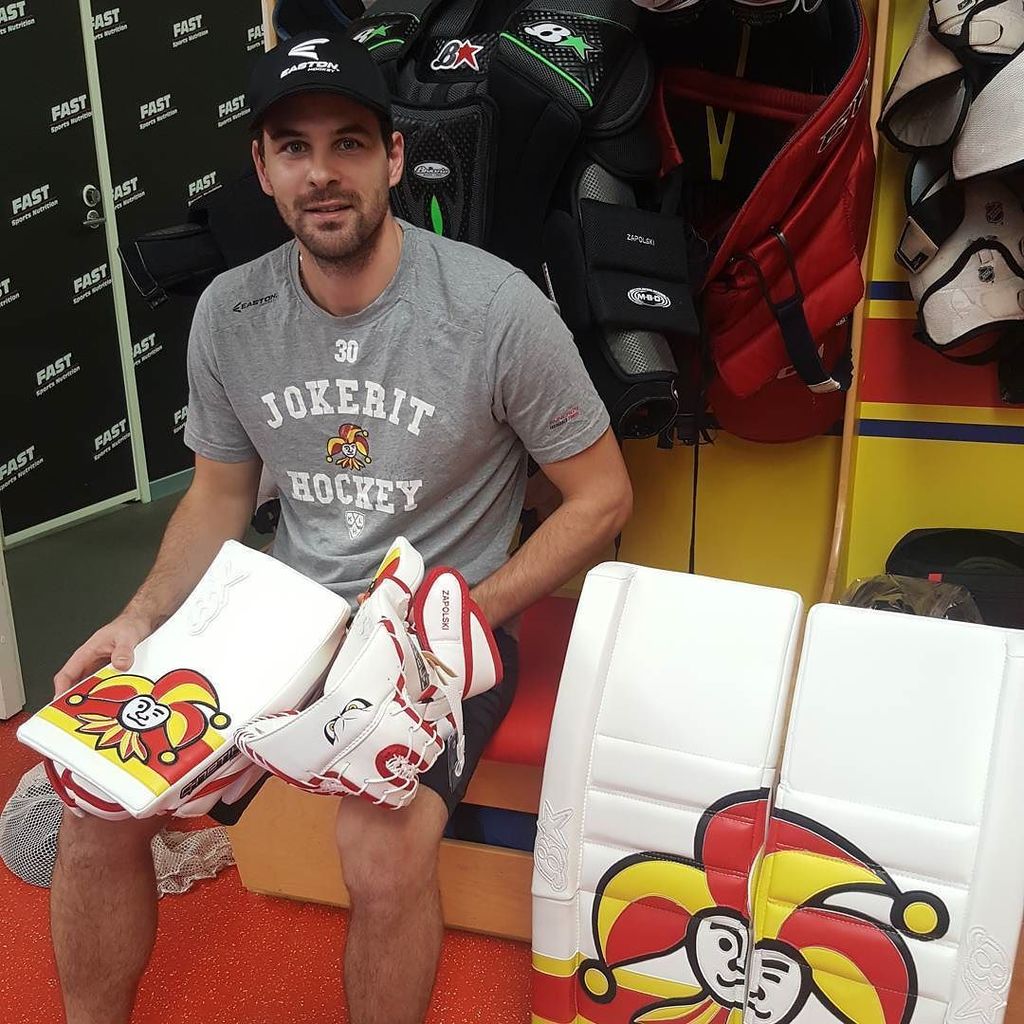