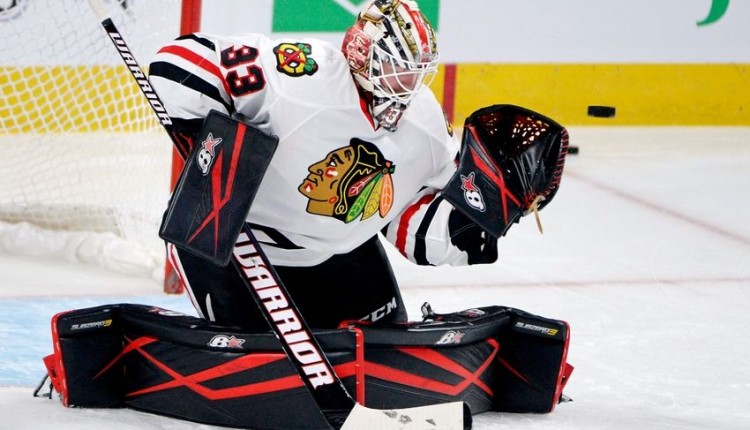 Scott Darling, backup for the Chicago Blackhawks, had a pretty unreal performance in net last night which included an incredible diving glove save.

The save came early in the second period against the Toronto Maple Leafs with the Hawks already up 3-0. After making an initial shot from the point was blocked, the puck bounced away to Toronto’s Nick Spaling who quickly fired a shot on net. Darling, who was in position to save the initial shot, dove across the crease in desperation and managed to unbelievably glove Spaling’s shot.

Darling and the Blackhawks would go on to win the game with a final of 7-2. It wasn’t as easy as it looked for Darling, though. He turned aside 35 of 37 shots to earn the win.