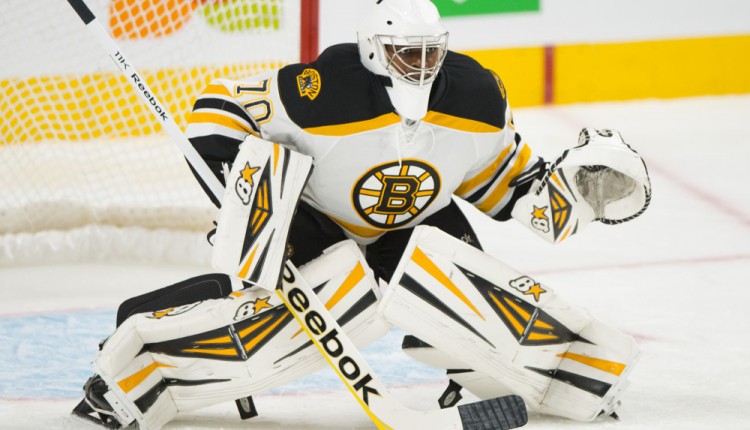 Malcolm Subban Out At Least 8 Weeks After Larynx Surgery

Malcolm Subban is out of harms way and on the road to recovery after a scary incident left him with a Fractured Larynx.

Subban, who currently plays for the Providence Bruins in the AHL, took a puck to the throat during warm ups of the teams February 6th game. Subban had to be sent to a local hospital to be treated and later diagnosed with the fracture.

The Boston Bruins released the following statement today regarding Subban.

Malcolm underwent successful surgery on February 8 at Mass. Eye and Ear Hospital in Boston to repair his larynx fracture,” the Bruins announced Thursday in a statement. “He is doing well and has been released from the hospital. While there is no definitive timetable for his return at this time, he is expected to be out a minimum of eight weeks.

Subban has a 14-8-5 record in 27 games this season with Providence. His current 2.46 goals against average is an AHL career low, and his save percentage has dropped to .911 this season.

In his short pro career, Subban has only played one NHL game for the Boston Bruins. It was a 5-1 loss against St. Louis. He is currently scheduled to be a restricted free agent after the 2016-17 campaign.