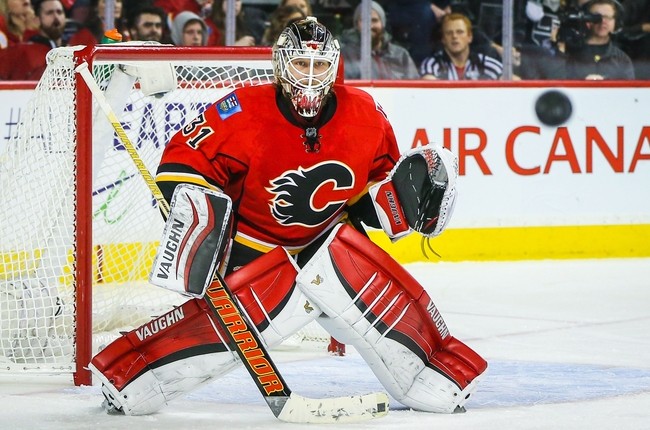 Karri Ramo Out For Season with ACL Injury

The Calgary Flames will be without their number one netminder for the remainder of the season.

The injury to Karri Ramo took place with about three minutes left in regulation time in a game against the San Jose Sharks on February 11th. Ramo had gone down and was doing the splits in an effort to stop the puck when Sharks forward Joonas Donskoi collided with him.

Ramo will be sidelined with a torn ACL. He also suffered meniscus damage on the play and will require surgery to repair the injury.

The Finnish goaltender will end the season with a 17-18-1 record to go along with a 2.63 goals against average and .909 save percentage.

A timeline for Ramo’s return to the ice has been projected at 6-8 months. He should be ready for the start of the 2016-17 NHL season.

Until then, the Flames will have to count on backup Jonas Hiller to carry the load. However, his play as of late would suggest that the Flames may instead lean on the third string Joni Ortio, or acquire another goalie before the February 29th trade deadline.

Video of the play can be seen below. Fast forward to the 0:40 mark for the injury to Ramo.