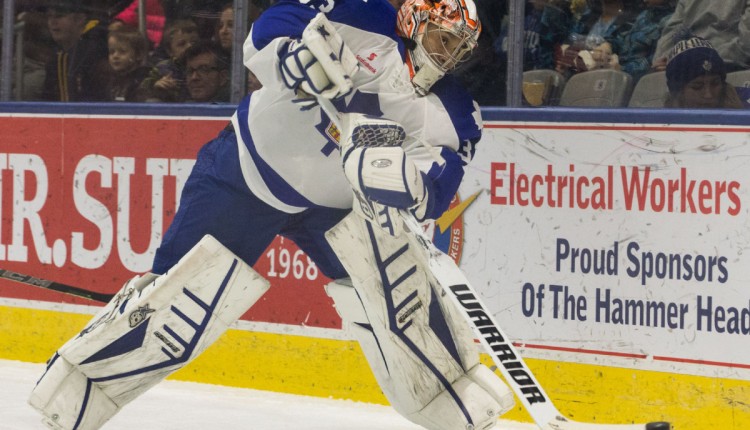 It may be time for Ray Emery to call it a career, in North America at least.

Emery was released today from his tryout with the Toronto Marlies of the AHL. He posted a 2-1 record with the Marlies before being released. He also carried a 2.69 goals against average and a 0.897 save percentage.

This isn’t the only AHL franchise that Emery has been released from this year. He also played three games with the Ontario Reign, but was not able to catch on with the club.

Emery last suited up in the NHL last season when he played 31 games for the Philadelphia Flyers. He posted a 10-11-1 record during that time, and was not able to earn himself another contract.

There are surely options overseas for Emery, who had a great season in the KHL during 2008-09. If he is unable to catch on in the KHL, he could try a Swiss league, among other options.

The other alternative is that we could potentially see Ray Emery retire.

Emery had a few great seasons in the NHL, mostly with the Ottawa Senators organization. There was also an unforgettable season with the Chicago Blackhawks in 2012-13 where he went 17-1 with a 1.94 goals against average and .922 save percentage.