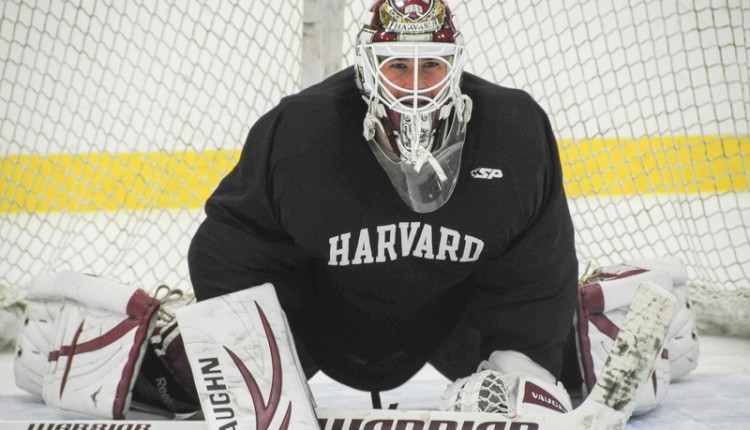 Tempers were flaring Saturday night in a game between the Iowa Wild and Charlotte Checkers, leading to Wild goalie Steven Michalek being challenged to a fight in his AHL debut.

Michalek, who prior to this had been playing for the Quad City Mallards of the ECHL, held his own during the fight. He ended up with the takedown of Checkers goaltender Daniel Altshuller, embarrassing the goalie who skated the length of the ice to challenge him.

What came over Altshuller is hard to say. In the clip below, you can see he was involved in an altercation with another Wild player before heading down to challenge Michalek. The Checkers were also being completely dominated in the game and the fight came shortly after the Wild captured a 5-1 lead.

Michalek made 32 saves on 33 shots during his debut. Beyond that, he was the winner of a surprising goalie fight. Who could have seen such a night coming for the former Harvard goaltender?

Check out Michalek’s fight against Altshuller below.

How about this Steven Michalek guy?! Goalie fight in his @TheAHL debut?! 👊 pic.twitter.com/qN1N93X0qe