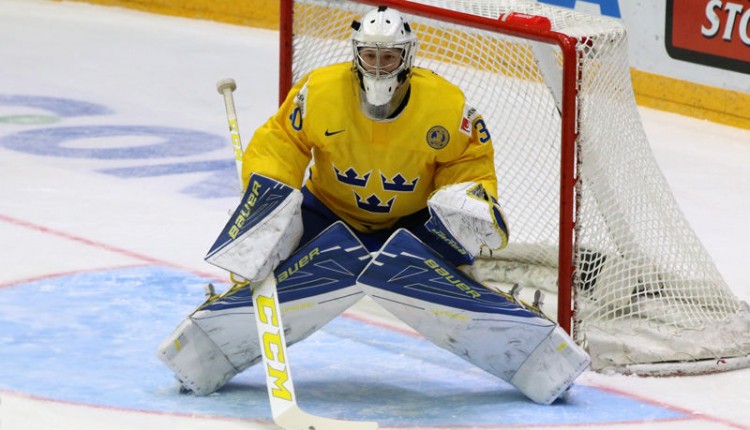 Linus Soderstrom played out of this world during the recent World Junior Championships. He helped to carry Team Sweden by only allowing 7 goals in 7 games played, stopping 125 of 132 shots. Oh, and he also posted two shutouts.

Now, thanks to an eBay auction for charity, you can own a very popular piece of World Juniors gear.

Three separate auctions are available, one for Soderstrom’s goal pads, one for his blocker, and another for his catch glove. Prices are already creeping up too, with each auction easily above $600.

The auction for the pads specifically states the following:

The auctioning is Linus Soderstrom’s WJC used Bauer 1SOD1N Team Sweden Pads.
The buyer will pay for shipment.
If the buyer wants the pads to be signed, that can be fixed.
All money earned from the pads, glove and blocker auctions will go to Barncancerfonden (The Child Cancer Foundation” to support thos kids that have cancer.

If you’re looking to help a charity and also own a real nice piece of memorabilia, along with a great set of Bauer Supreme 1S OD1N pads, look no further. Check out the auctions below for a chance to bid and win!