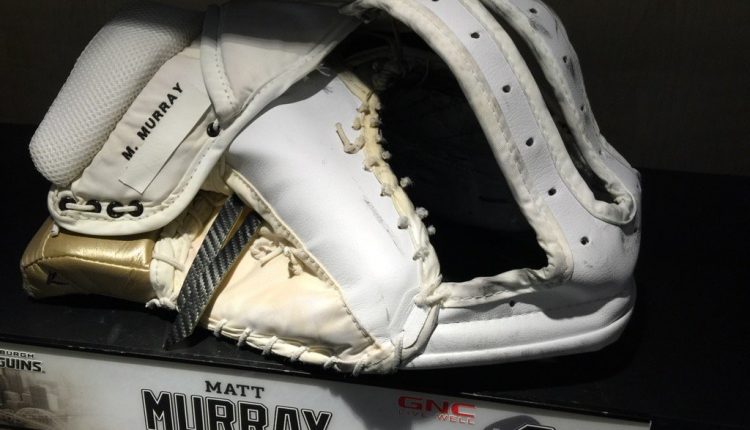 No Glove Issues for Matt Murray

The internet was in full buzz mode yesterday after video surfaced that seemed to indicate a hole in Matt Murray’s glove, resulting in Anton Stralman’s goal on Monday Night.

Here’s a look at the video which begged the question of whether or not the puck went through his glove:

Buzz made its way not only to Murray, but also to the Penguins and their equipment manager Dana Heinze. Likely annoyed by angry Penguins fans who wished for Heinze to be fired due to his oversight, both Murray and Heinze were happy to straighten things up.

“Don’t believe everything you see on the Internet,” is how Murray stated his defense. He would know too, as the one wearing the glove. But despite switching glove and blocker after the first period, according to one Penguins blog, the switch had nothing to do with a hole.

Heinze took to Twitter for his defense, as did the Penguins. The team Twitter account offered another look at Stralman’s goal, one in which you can see there was no issue with the glove and Murray actually just missed making the save.

Heinze wanted fans to see the glove first hand, so he took photos at several different angles to confirm that there was no hole present.

Matt Murray's catch glove there are no holes in the webbing- the puck DID NOT GO THROUGH THE GLOVE! It went over it. pic.twitter.com/3Jy0bMlR34

He was later able to poke fun at the situation, tweeting out the image below.

Took a closer look – Matt Murray's Catch Glove Not sure how I missed this! pic.twitter.com/UQwgDNvTql

There’s nothing quite like a goalie equipment controversy to get the blood boiling, especially when it comes to playoff hockey!