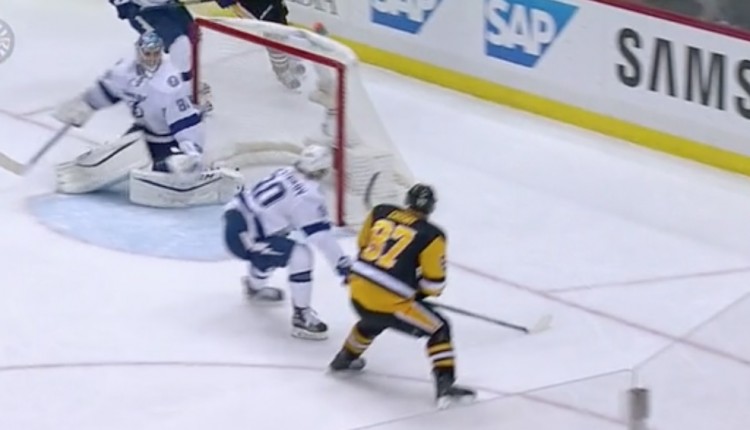 The Tampa Bay Lightning may be without their number one goaltender, Ben Bishop, but Andrei Vasilevskiy seems to be filling in quite well.

Vasilevskiy, who led his team to a game one victory, was back in net again tonight for game two against the Pittsburgh Penguins.

In order to help prove he’s capable of playing on the big stage, Vasilevskiy would deny Sidney Crosby with a tremendous goal line save. Crosby took a backhand shot after receiving a cross ice pass. The Lightning goaltender was quick to slide across the crease and snag the puck with his glove right near the goal line.

Unfortunately Vasilevskiy and the Lightning would not be able to hang on for the victory. The Penguins went on to defeat Tampa Bay in overtime by a final score of 3-2. Sidney Crosby would also end up with the game winner. Vasilevskiy ended the night with 38 saves on 41 shots.