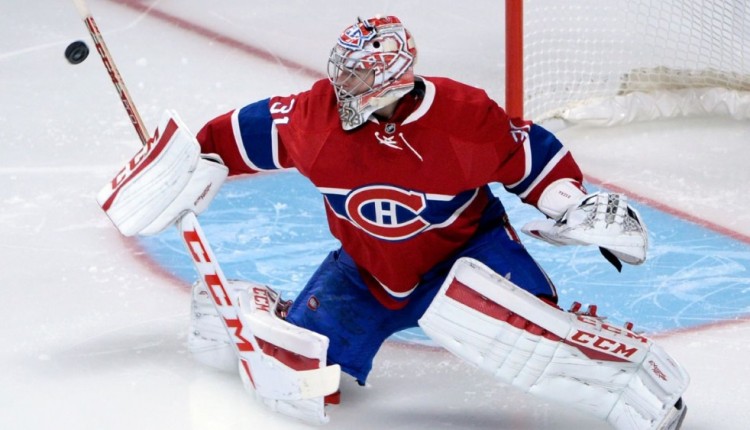 Carey Price played his last game with the Montreal Canadiens on November 25th. He left the game early and has been sidelined with an injury ever since.

When Price skated off that night, the Canadiens talented goaltender was 10-2 with a 2.06 goals against average and a .934 save percentage. He also had two shutouts in those 12 starts. The season looked incredibly promising and the fans in Montreal had every reason to be excited.

Since that night, the Canadiens have struggled mightily.

Backup goalie Mike Condon won 6 of his first 7 starts, but since then it’s been all down hill. Condon currently has a 13-15-4 record, and his play and lack of experience forced the Canadiens management to trade for Ben Scrivens.

The Scrivens situation hasn’t worked out too well, as he started out 0-4. A recent three game win streak has Canadiens fans excited again though.

It’s clear that Canadiens fans are more excited, however, for the return of their number one netminder.

Price recently returned to the ice, skating with Vincent Roof-Racine, the team’s assistant athletic therapist, as he continues to recover. He’s skating without any of his equipment on, but has started stickhandling over the past couple days as well. In fact, he put in 40 minutes on the ice today alone.

While the timetable on Price’s return is still vague, the end of February seems to be the earliest guess, the Canadiens are doing their best to stay in the playoff hunt until he returns.

As of today, Montreal remains four points out of a wild card spot. They’ve also played two more games than Pittsburgh and Boston, two of the teams they’re chasing. A return at the start of March would give Price and his teammates 19 games to make up any ground they may have lost.

The end of the season is guaranteed to be exciting for Price and the Canadiens. But unless Scrivens or Condon can go on a serious run, there will be some major pressure on Price as he steps back between the pipes.