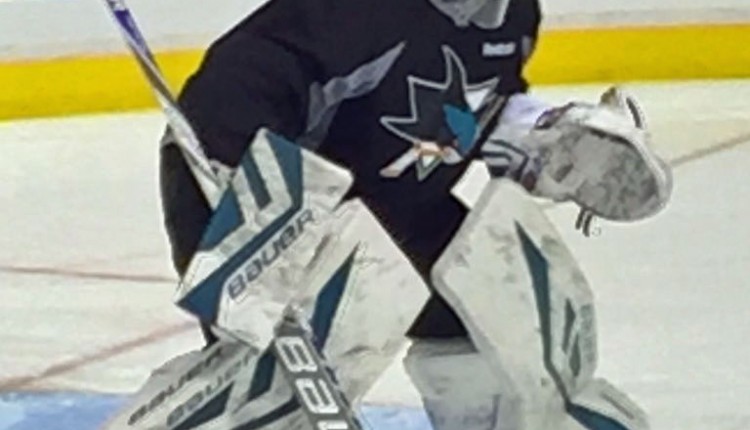 It appears as though James Reimer is finally going to get his first start on Sunday for the San Jose Sharks.

He’ll also be showing off his Sharks themed pads.

After being acquired from the Toronto Maple Leafs at the trade deadline, Reimer is embracing his new role as backup for a playoff contender.

Playing time will come second to starter Martin Jones. However, Reimer provides an experienced backup for a playoff run that could require his veteran intervention.

As far as the setup, Reimer is still using his Bauer Supreme 1S gear from Toronto. With the help of PadSkinz, he was able to cover the Maple Leafs blue and match the Sharks teal color instead.

Here’s a shot of Reimer in his initial Sharks setup:

James Reimer won't play tonight but on ice 1st time in Sharks colors, including some padskinz to make his gear teal pic.twitter.com/GoEka20Hvw