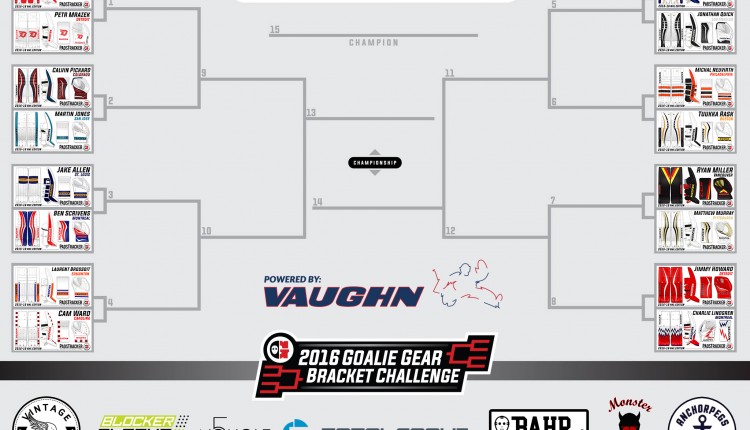 In case you missed it, The Goalie Guild and Vaughn Custom Sports have teamed up to present the 2016 Goalie Gear Bracket Challenge.

The Goalie Gear Bracket Challenge is a bracket tournament much like the NCAA’s March Madness, except in this case it features 16 goalie gear templates from the 2015-16 season. The gear designs will compete against one via Twitter poll until ultimately one winning design emerges as the winner.

The 2016 Goalie Gear Bracket Challenge will officially begin on Monday, May 16th. However, the deadline to submit your bracket is midnight Sunday night.

If you want to submit a bracket, head over to The Goalie Guild bracket challenge page and fill out your bracket. You’ll also want to follow @TheGoalieGuild on Twitter for the polls.

Check out the official bracket below: