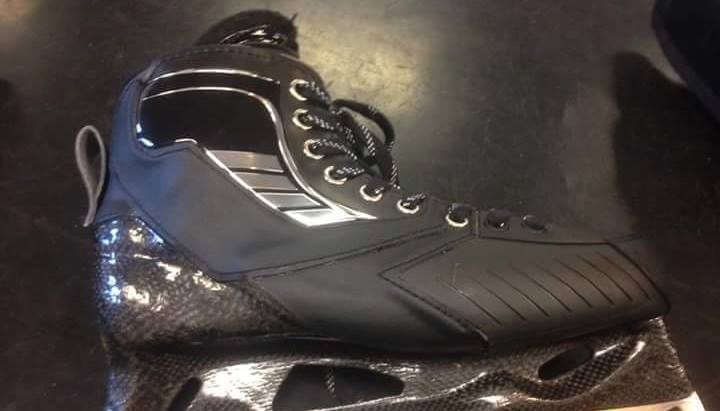 VH Footwear is pushing innovation in the goal skate department as they have just announced their brand new “one piece” goal skate.

The new one piece goal skate from VH Footwear eliminates the need for a cowling, similar to the new Bauer Supreme 1S goal skates. However, the new skates from VH will have a composite holder that is connected to the boot in a one piece design.

According to the VH Footwear Facebook page, the concept is for “lightweight boots that allow a good attack angle, and instant force transfer.”

Prototype versions of the new VH Footwear skates were designed by Scott Van Horne while working closely with Ryan Miller.

VH Footwear currently projects that the skates will be available for order to the public in 2016. A price has not yet been determined.

Winnipeg, MB – October 11th, 2015 – VH Footwear Inc. is pleased to announce a new model of its custom goaltending hockey skate available for sale to the general public in 2016. This new concept of the one-piece skate is to dispense with the need for the traditional coupling – commonly referred to as a cowling – and to house the goaltender’s steel that is anchored within composite materials.

“This is a tremendous opportunity for VH to further expand the technological advancements of our company, and to bring something truly new and cutting edge to the goaltending position” said Scott Van Horne, Founder and President of VH Footwear. “Working with and for goaltenders has been extremely gratifying for VH, and this has often been an underserved position from a skate perspective. The large number of goaltenders currently using VH boots is a testament to our products, and ability to understand the position”.

The design was initiated by Scott Van Horne in 2013, but was only worked on in earnest in the Spring and Summer of 2015. Working closely with world-class goaltender Ryan Miller, Van Horne was able to move from prototype to approved product in time for the NHL season. Using a proprietary blend of composites, and unique process, Van Horne has developed another product that will make goaltenders pleased with the continued VH promise of comfort and performance.

“We are thrilled with the reaction of Ryan Miller to the new one-piece goaltender skate” commented Garth Smith, Vice President of VH Footwear. “Over the next few months, we will continue to gather information, and perform testing to refine the skate and the manufacturing process. Later this year we will be able to announce general availability and pricing of the one piece goaltending skate”.

VH Footwear Inc. is a privately held Canadian Corporation located in Winnipeg, Manitoba. VH produces custom made speed and hockey boots that are amongst the finest skating products in the world. This is demonstrated by the dozens of players in the NHL, KHL and other professional leagues – as well as the numerous world-class speed skaters – that skate on VH. The skates are the passionate work of Scott Van Horne, who has been designing and building skates for over 25 years. Formerly, Scott was a member of the Canadian National Speed Skating Team, and then went on to earn a bachelor of Science Degree, and Master of Science Degree from the University of Calgary in 2001 and 2003 respectively, graduating with distinction. 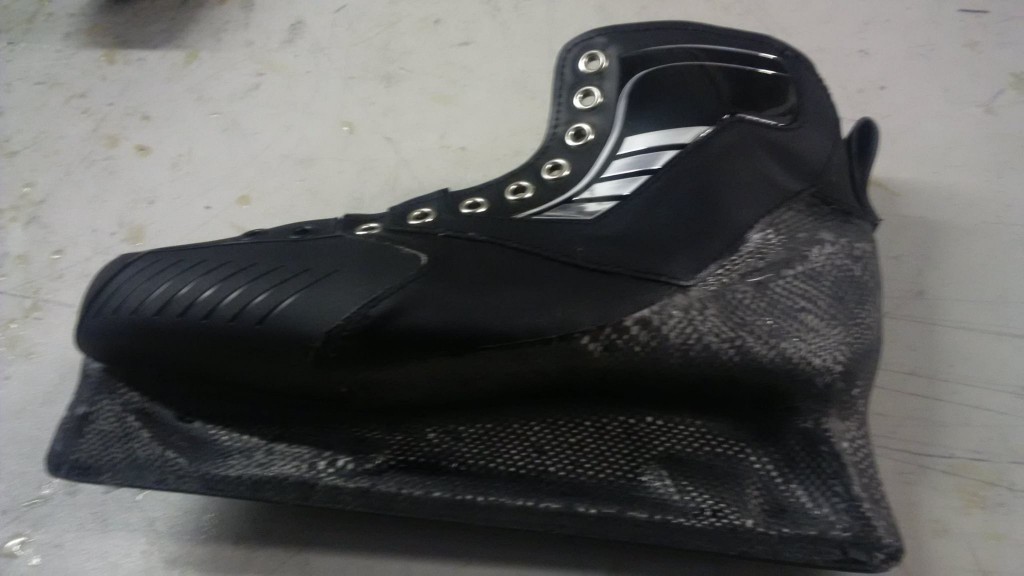