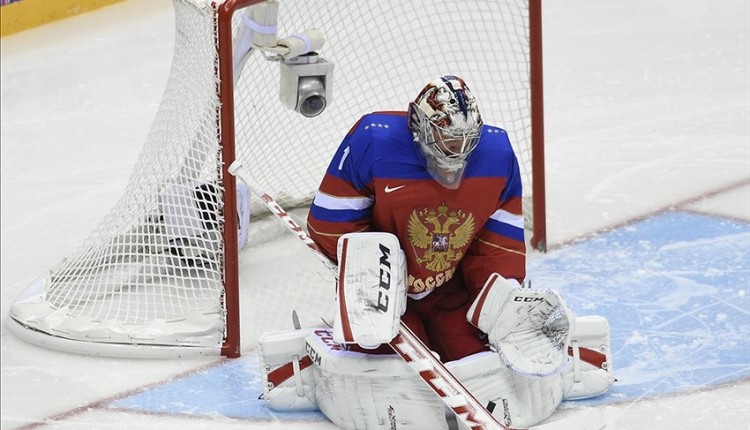 With the 2016 IIHF World Championships right around the corner, it’s time for each nation to summon their best available players to fill out rosters.

Best available players seems to be the catch though.

With the NHL playoffs just getting underway, many of the world’s most skilled players are still in the midst of competition. Fortunately for Russia, two of their top goaltenders happened to be available early.

The squad announced over the weekend that Sergei Bobrovsky of the Columbus Blue Jackets, along with Semyon Varlamov of the Colorado Avalanche, will participate in the 2016 IIHF World Championships held in Moscow and St. Petersburg, Russia.

Bobrovsky spent a significant amount of time on the sidelines this season with a recurring groin injury. He was limited to 37 games and posted a 15-19-1 record. His 2.75 goals against average and .908 save percentage were both the second lowest of his career.

Varlamov also had the second lowest goals against average of his career at 2.81, but managed a better save percentage with .914. He finished the season with a 27-25-3 record, but lost his last five starts, and seven of his last ten.

The World Championships will begin on May 6th and run through May 22nd.