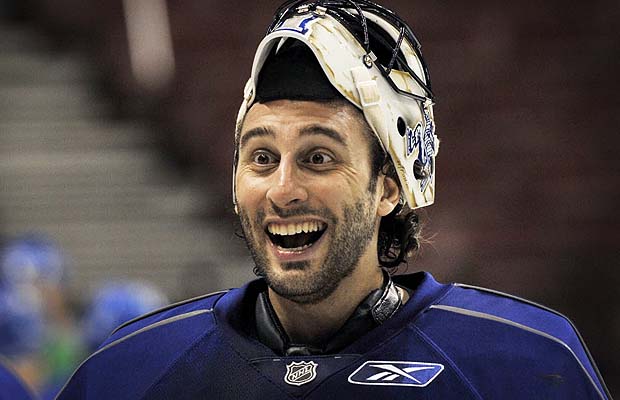 Roberto Luongo may have had a career as a quick-witted comedian if it weren’t for his goaltending skill.

This past week, Luongo took to Twitter to display his humor with a couple of different tweets which had hockey fans laughing.

The first was a tweet about the Oilers brand new mascot, Hunter. Luongo simply summed up what everyone was already thinking, but you have so much more appreciation for it when it comes from an NHL goaltender. 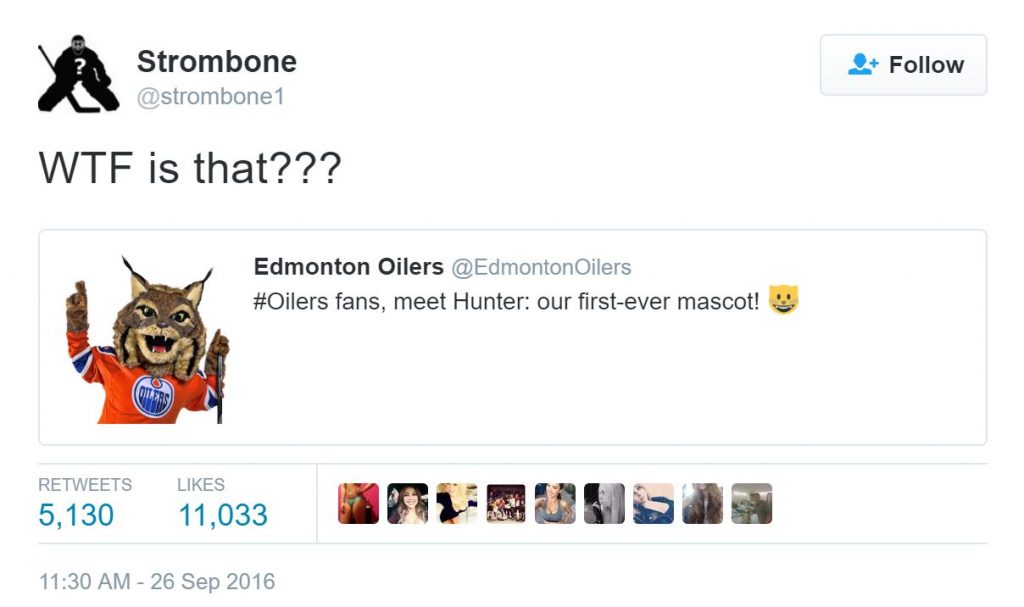 Seriously, though, what is Hunter? It looks terrifying.

His most recent tweet was another absolute gem. Luongo roasted himself in the process and had the perfect response for this super-fan who just wanted to show his appreciation. 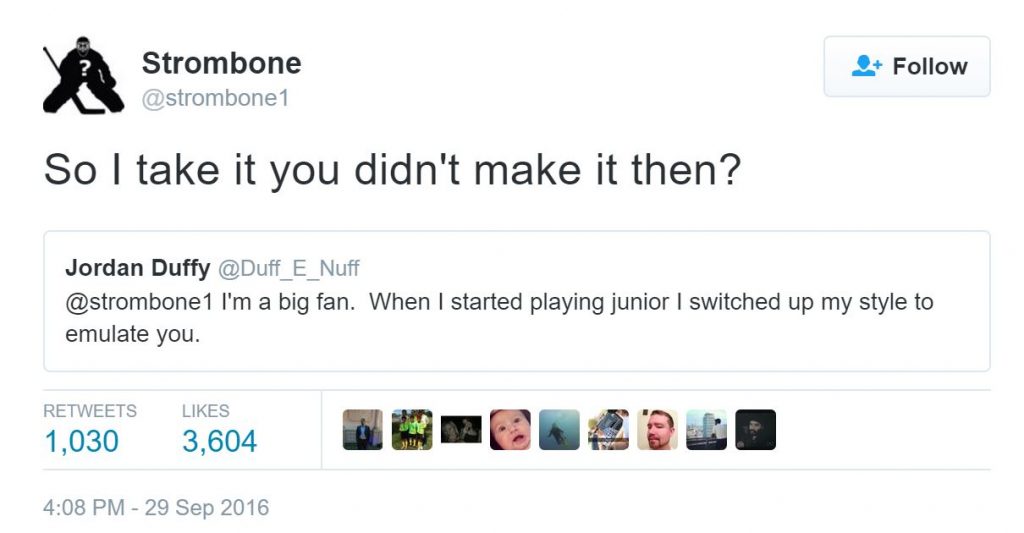 The Florida Panthers netminder may be hard at work preparing for another long NHL season, but it appears that he definitely still makes time to have fun on Twitter, even if it does mean poking fun at himself in the process.