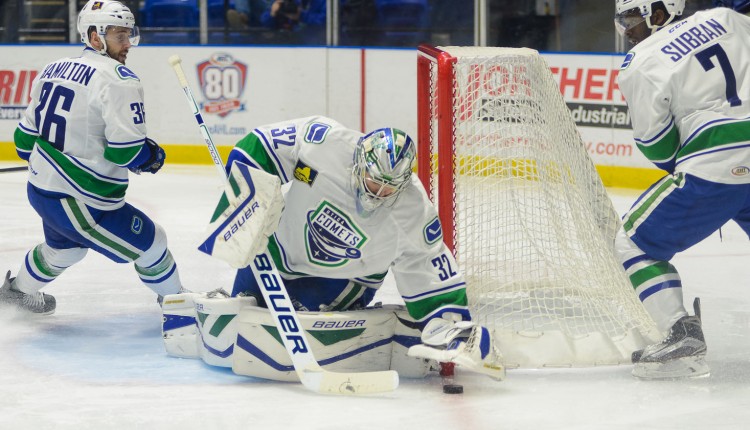 Richard Bachman Behind the Back Glove Save

Richard Bachman would not be outdone by goalies in the Canucks system this season, and put together an incredible highlight reel save of his own this past weekend.

Similar to Markstrom, Bachman’s save came in the last game of the season for the Canucks AHL affiliate Utica Comets.

As the St. John’s Ice Caps mounted a ton of pressure on the Comets, Ice Caps forward Bud Holloway found himself with a gleaming opportunity to score. Instead, Bachman would reach behind his back and glove away what looked to be a sure goal.

Holloway has no shortage of goal scoring or play making ability, with 19 goals and 41 assists on the season, but he would be denied his 20th of the season in incredible fashion.

Check out Richard Bachman’s jaw dropping behind the back glove save below.