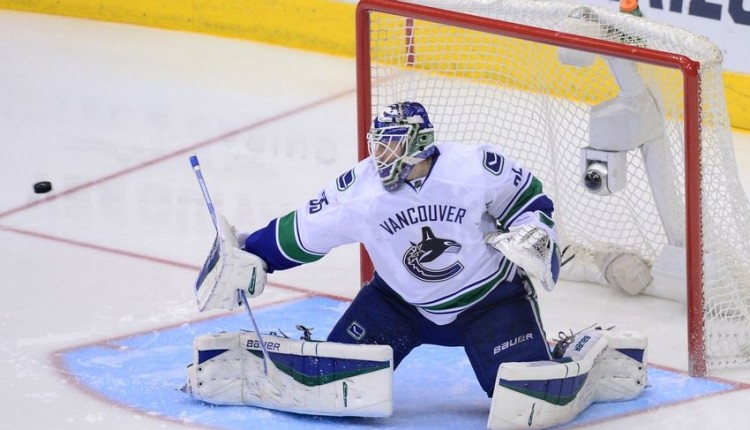 This isn’t really the way Jacob Markstrom saw his season going, finishing with a 13-14-4 record, along with no shutouts and a 2.73 goals against average.

Despite the bad season, Markstrom found a way to end it on a high note.

Early in the second period, with Vancouver leading the Edmonton Oilers 1-0, Markstrom found himself facing a ton of pressure. After making an initial save, the loose puck bounced right to Jordan Eberle who got a quick shot off. Markstrom hung in there and made a diving glove save right on the goal line to keep Edmonton off the board.

Markstrom’s incredible glove save would help the Canucks keep the lead, and his play throughout the rest of the game helped them seal a 4-3 shootout victory over one of the NHL’s two teams worse than Vancouver.

Check out Jacob Markstrom’s incredible goal line glove save below.