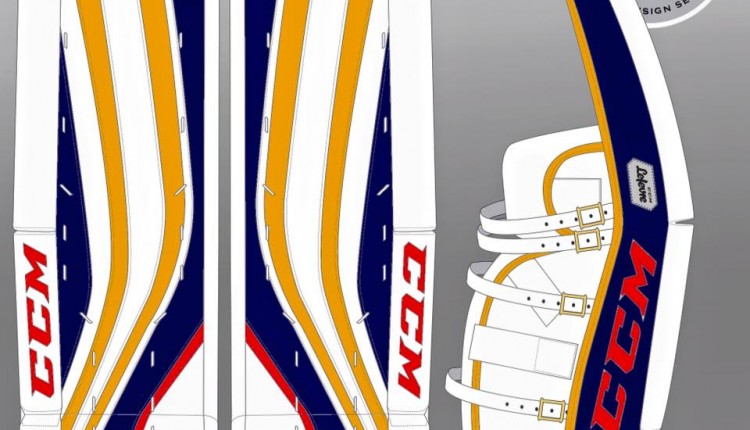 If you’re familiar with the hockey gear situation with Reebok/CCM currently, you might be aware that they are transitioning the Reebok line of products to instead be CCM branded. If you’re not familiar, consider this your notice.

Most gear on the player side has already transitioned. On the goaltending side, however, we’re still waiting for Reebok’s Premier series of goal pads to make step over to CCM.

However, at the NHL Draft Combine in Buffalo last weekend, prototype versions of the new CCM Premier series goal pads were on hand. Players participating in the combine got a look at them, as well as various members of the media. Additionally, the folks over at The Goalie Guild seem to have gotten a good look at them as well.

The Goalie Guild recently released their leg pad template for the new CCM Premier Series, and it’s now available on their site. You can also check out the template below. 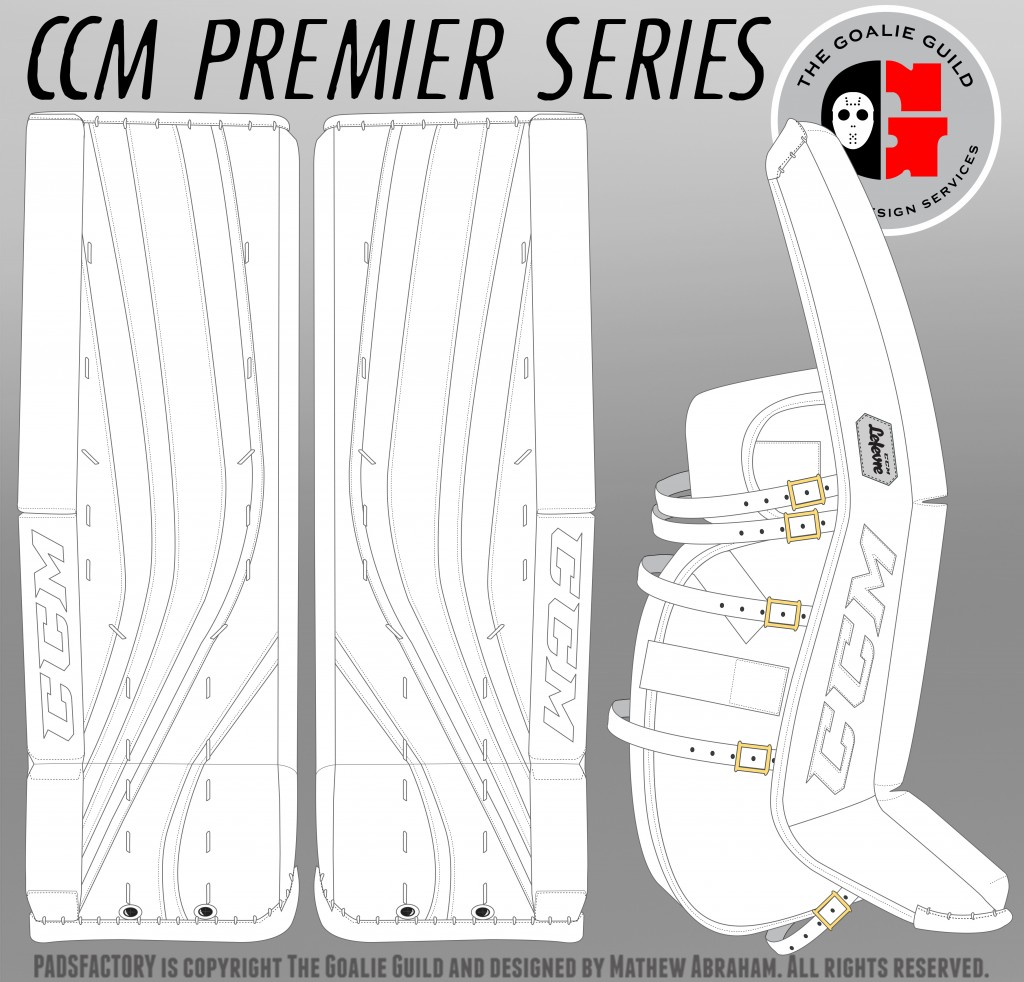 While the CCM Premier series may offer a new look on the face of the pads, you will definitely see that the design elements hold pretty true to the Reebok Premier XLT roots.

Anyway, let us know what you think of the mock up on the new CCM Premier Series goal pads in the comments below! Do you like the look of the pads? Or would you prefer a design offered by a different brand?