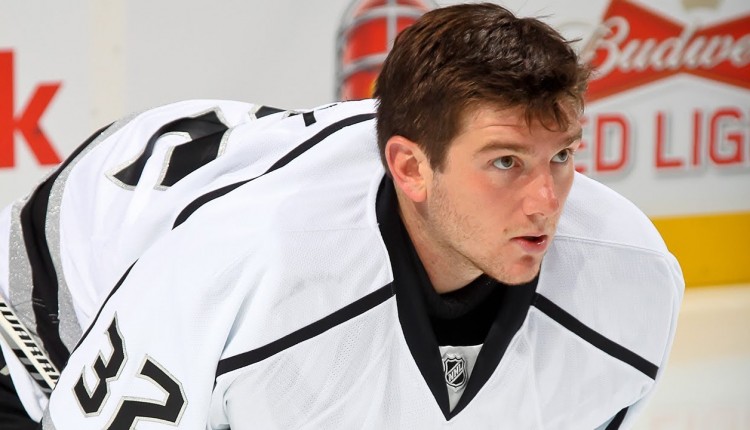 Jonathan Quick Save of the Year vs San Jose

It seems like it didn’t take very long for Ben Bishop’s save to be old news. In fact, it was only a couple of hours before Jonathan Quick made his own incredible save of the year candidate last night.

Quick’s save came with less than five seconds remaining in the second period against the San Jose Sharks. The game was tied 2-2, and Jake Muzzin skated the puck towards his only goal line. Instead of holding on to the puck and letting time run out, Muzzin played it off the boards right to Sharks forward Tommy Wingels, who then slid the puck across to Logan Couture for a shot on a wide open net.

Instead of a sure goal, however, Quick slid across the crease while reaching his stick out and somehow got a piece of the Couture shot. The puck deflected up and hit the crossbar before bouncing away.

Couture was certain he had buried the puck, putting his arms up in celebration. He was denied though, and instead Quick was the hero on that play.

Despite the save, San Jose would go on to win 5-2 with a three goal third period.

Check out Jonathan Quick’s incredible save of the year candidate below!