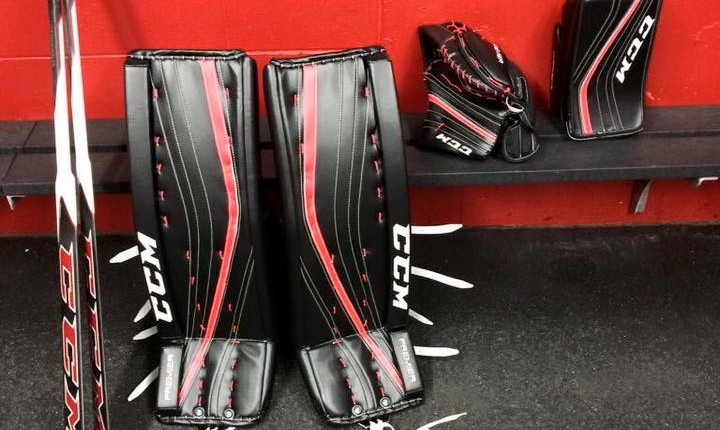 The new setup is primarily black, featuring red accents and a bit of white for the CCM branding as well. There was also an additional setup featured in some of the pictures which many are speculating could be the actual pads Crawford ends up wearing this season. Those pads are primarily white with red and black accents.

Last season, Crawford wore the Reebok Premier XLT pads in a color scheme and design very similar to the white pads below.

Check out Corey Crawford’s new CCM Premier setup below, both the black and white versions, and let us know which one you like better and would rather see him wear! 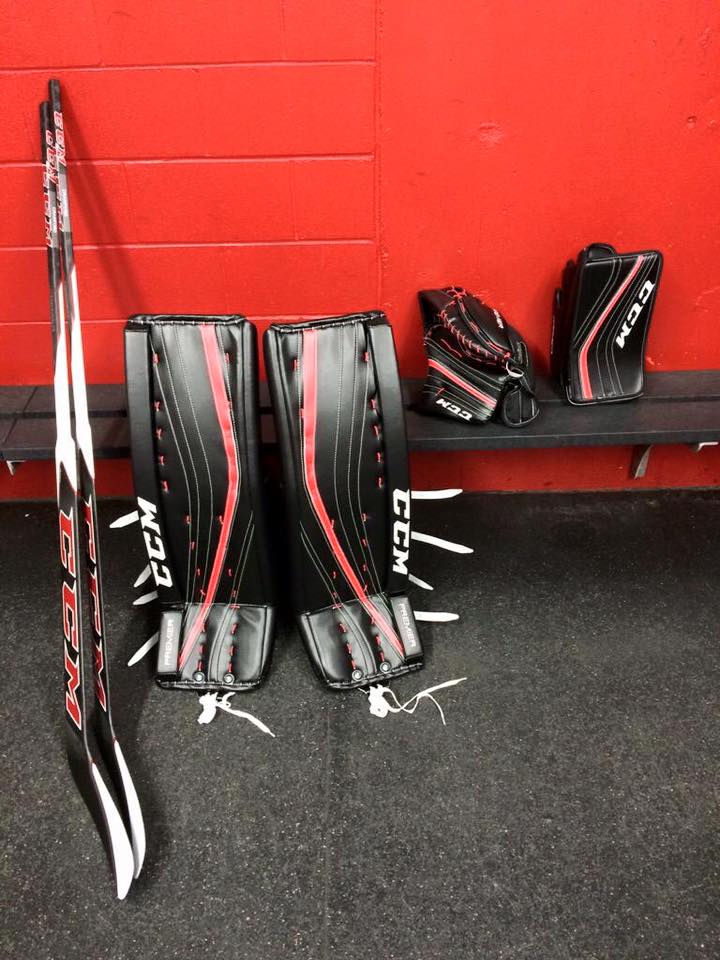 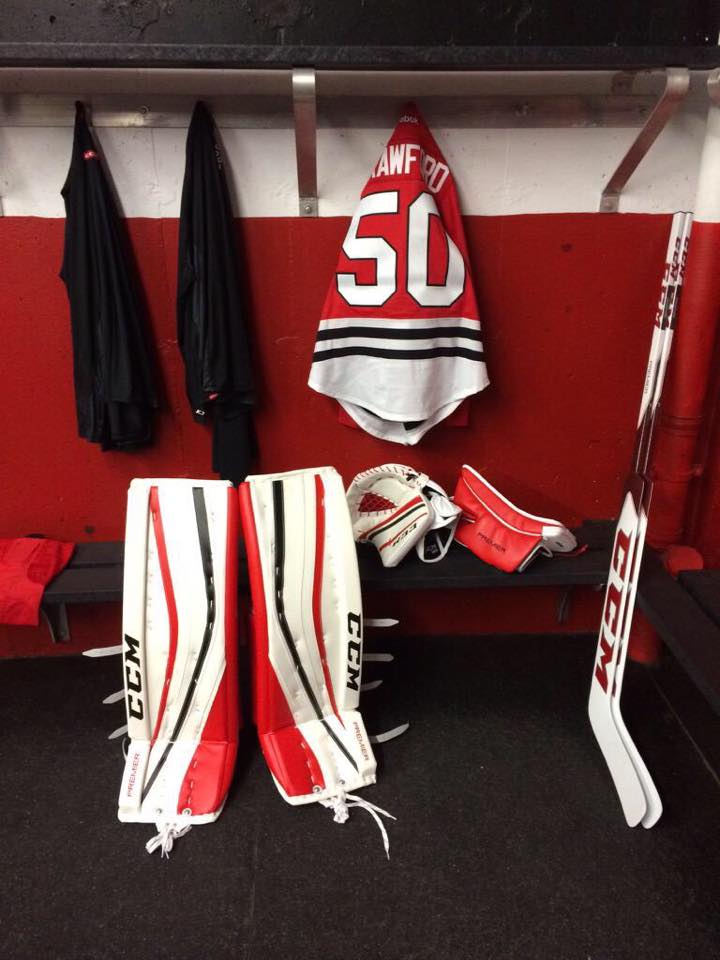