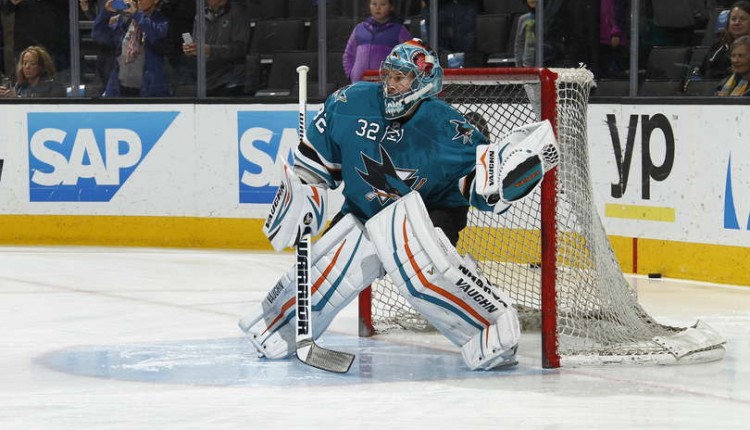 Alex Stalock Rips Off His Mask Then Gets Scored On

There are low points in every goalie’s career, and this one might have been one of the lowest for Alex Stalock.

Stalock, who is the backup goalie for the San Jose Sharks, pulled off a rare feat in his recent game against the New York Islanders. After taking a Ryan Strome shot off the side of the face mask, Stalock found himself out of position and unaware of the pucks location. He proceeded to rip off his own mask in an attempt to stop the play.  Unfortunately, the play continued and the puck ended up in the back of the net.

Stalock’s argument was that because his helmet was off, the play should have been whistled dead. Unfortunately, Stalock removing his own mask on purpose allowed the play to continue long enough for the goal to be scored, and to count.

Check out the video below of Alex Stalock’s crazy antics in net:

Stalock was making his first start of the season for the Sharks. He would go on to allow 5 goals against the Islanders, with the Sharks losing 6-3.

Martin Jones, the Sharks #1, has been incredible in net this season with a 4-0-0 record and two shutouts. With play like we saw from Stalock, Jones could be seeing even more ice time this season.