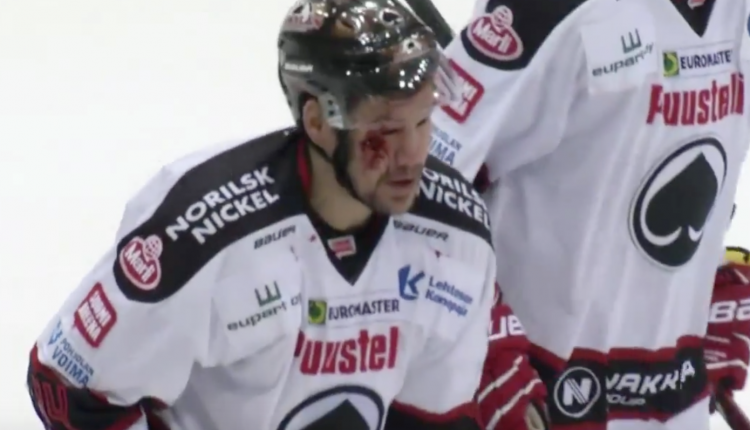 It’s certainly possible for goaltenders to get heated during games, and take exception to things that various players do. However, when they act on their frustration, it shouldn’t be handled with a slash to the face.

Finnish goaltender Teem Lassila was aggravated by opponent Josh Gratton for bumping him behind the net a bit after he swept the puck around the boards. Lassila’s reaction was serious though, as he smacked Gratton in the face with his paddle.

Some incidental contact is going to happen when you’re a goalie, and it’s not like Gratton took a huge run at Lassila or anything.

The slash to the face easily cut Gratton, who required a bit of medical attention after the incident. Lassila, on the other hand, received a 5 minute major penalty, as well as a game misconduct. He will also likely be reprimanded by the league and receive additional time off.

Check out the video of the incident below and let us know what you think of Lassila’s slash in the comments!